I am new to Innovation Women and have a question about speaker compensation. The conferences listed in the “Speaking Opportunities” section of your latest email typically don’t call out payment on their website. How does this usually work? Do conference speakers who submit proposals generally get paid or is their compensation “The people’s ovation and fame forever” or “bragging rights”?

Speaker compensation is one of the most complex topics we deal with on a daily basis. The short answer is, it depends. And here’s the long (really long but lots of good detail other people don’t tell you) answer.

When we started Innovation Women, we did a survey of event managers and conference organizers. We asked about speaker budgets. Half of the event managers we surveyed had absolutely no budget for speakers. Forty-two percent had some budget for some speakers – whether paying a keynote or money to cover travel for speakers in need of assistance. Only 8 percent paid all or most speakers.

When we dove down further into the data, we could see very little correlation between paying speakers and the general wealth and stature of the organization. Some of the largest, prestigious (and wealthiest) events pay no speakers, and some of the smallest events pay. every. single. speaker.

How do you know if a conference or event has speaker budget?

Ask – we generally recommend starting off the conversation by asking “Do you have budget for speakers?” Since speaking is so highly negotiated, many conferences are deliberately publicly vague on the topic. (Another tip? Ask if they have budget for workshops or education – sometimes it just matters what you call it.)

Worried you are not getting the full story or a straight answer? Ask other speakers. How do you know without asking? There’s no sure-fire test but the safest bet is looking at who derives value from you speaking. The reason most speakers want to speak is to further their careers or their business. If the audience consists mostly of your “customers”, figure the conference organizers are not going to pay you.

If the audience entirely consists of your customers, some conference organizers may even look to have you pay them! (We try to avoid sponsored opportunities on InnovationWomen.com – please let us know if a conference is trying to charge you and we won’t work with them again.) These sponsored speaking opportunities often come as part of a package, including space for a trade show booth or table. They reflect the huge cost of producing, promoting and running an event and are part of an event organization’s revenue. (Did you know it can be $100,000 a day, or more, to rent out a large convention center?)

The 2018 RSA Conference, one of the largest cyber-security conferences, announced it was going to feature Monica Lewinsky as a keynote speaker. (For a while, she was the only female keynote at the conference. The designated keynote lineup soon featured seven other female speakers, ranging from Kirstjen Nielsen, Secretary of the Department of Homeland Security to Margot Lee Shetterly, the author of Hidden Figures). Monica Lewinsky is a public speaker, writer, contributing editor to Vanity Fair magazine, a founding board member of the Childhood Resilience Foundation and a social activist.  Monica Lewinsky is not selling cyber-security products. RSA will likely pay Monica Lewinsky for her speech.

Who else pays? Corporations pay. Corporations pay for you to speak at an internal event because their employees benefit from you speaking, or training, or running a workshop. You’re also not likely going to sell them something else. (Feels like bad manners.)

Some professional organizations or industry associations pay, especially if you have a skill their members don’t have and need. But if you’re a member of the association, you are less likely to get paid.

One last thing, you are rarely paid for appearing on a panel but it does happen.

How do they pay?

Let’s talk about that pay.

While we’re on the topic, let’s talk about schools, universities, colleges and speakers. There is a huge difference in being a classroom guest and speaking on campus as part of a speaker series.  It would be unusual to be paid for the former and unusual not to be paid for the latter. You’re slightly less likely to be paid by your alma mater – they seem to expect you to come back as an alumni for free. There’s also usually a sizable difference between student groups and getting paid by the university itself. Many campus speaker series are supported by sponsorship dollars or grants. How the money is used and divided varies greatly. Let’s take a $10,000 grant. Maybe it supports a single speaker. Maybe it supports a whole season of speakers.

Some speakers receive compensation intended to cover their travel expenses. There are other forms of non-monetary compensation as well – free tickets to the event itself, sometimes meals or special experiences. I once spoke at a conference that didn’t pay speakers but did arrange for them to stay with local hosts, in their (beautiful) homes and fed and entertained us for a week. (It was quite the experience – we were honored guests and even transported back and forth around the city. The goal was for the speakers to never once pull out their wallets once they got there.) You can also receive the ability to hawk your wares directly – a table in the back with your book, for example.

Some (a lot of) speakers receive no compensation other than visibility for themselves and their companies – which could be their goal.

What do speakers get paid?

It varies tremendously – and by the time you read this, these numbers will be outdated. We’ve all heard about major keynote speakers who make major money. (Side note: the biggest earners still tend to be male. The differences between male and female speakers with similar backgrounds can be glaring. For example, Janet Yellen reportedly asks in the $200K+ range while Ben Bernanke charges double that.) Generally, the biggest money speakers come out of the political arena. According to Money Talks News, in 2016, Madeleine Albright, America’s first female secretary of state, charged $50,000. Carly Fiorina, the former Hewlett-Packard CEO turned Republican presidential candidate, usually charges $73,000 per speech, but has charged up to $100,500, according to the Las Vegas Review-Journal. Chelsea Clinton charges $75,000 but 100 percent of that income goes to the Clinton Foundation.

Former Alaska Gov. Sarah Palin charges $100K for speaking engagements but we’ve heard that you can get a discount to $75K if your event is on the west coast. In 2014, former secretary of state Condoleezza Rice was paid $150,000 for speaking at the University of Minnesota. Hillary Clinton (and her husband) both charge in the $200k range. In 2006 journalist Katie Couric charged the University of Oklahoma $110,000 for a speech. Vogue’s Anna Wintour? $100,000+. Sheryl Sandberg? Also reportedly six figures, although she has been known to speak for free at the University of California, Berkeley.

Still other speakers make decisions about speaking based on a number of factors.

I produced a “how-to” article on how to set your speaking price tag. You can also find it on LinkedIn.

What kind of speakers get paid?

Who gets paid? Again, while there is no sure-fire way to tell, here are some people more likely to get paid to speak:

Who doesn’t get paid?

PHEW. Now, back to Laura’s question. Our speaking opportunities list in the Innovation Women Speaker’s newsletter consists of several things. Some are open, public calls for speakers. In my other life, as part of a PR team, we are paid by clients to assemble and target and “work” a list like this – this pay can run in the thousands monthly. These are often technical conferences where the organizers expect most of the speakers to be working for a company who WANTS them out speaking as part of their job. They expect their employer to pay them. (We try to avoid the conferences which expect speakers to pay. My background is PR, not advertising, and I look for “earned” media and visibility.)

But our list contains more than this. It also contains specific requests for specific speakers by event organizers who contact us and our concierge team. They haven’t been able to find enough female speakers in a certain industry and they are trying to get more women to apply to speak at their conference. We’ve had event managers with speakers budgets of $10K to $100K and more on the site.

Many of THESE conferences are run by event managers who fall in the 42 percent of our survey. They have some money for speakers, whether keynotes and featured speakers only or travel and expenses money. You may be one of those speakers. Or not. You may need more practice or more notoriety to be one of those speakers. Or, you may be looking for the audience at those events because you get compensated some other way. I once sat in the audience and watched one of our speakers hit the ball out of the park during a presentation. AFTER the presentation, I watched the parade of corporate representatives each hand her a card and ask “What would it take to get you to come to my corporate headquarters to do the same presentation?” She got paid many times over that day even though she didn’t get directly paid.

As I bring this to a close (finally), I feel the need to address equal pay for female speakers. It’s a problem – just like equal pay for any work. Speaking pay is often negotiated and often depends on what you ask for. If you know negotiation terms, let the other side “set the anchor” (start the negotiations with a number); always ask if there is budget for speakers and be prepared to walk away if you can’t get compensated fairly.

Bobbie Carlton is the founder of Innovation Women. 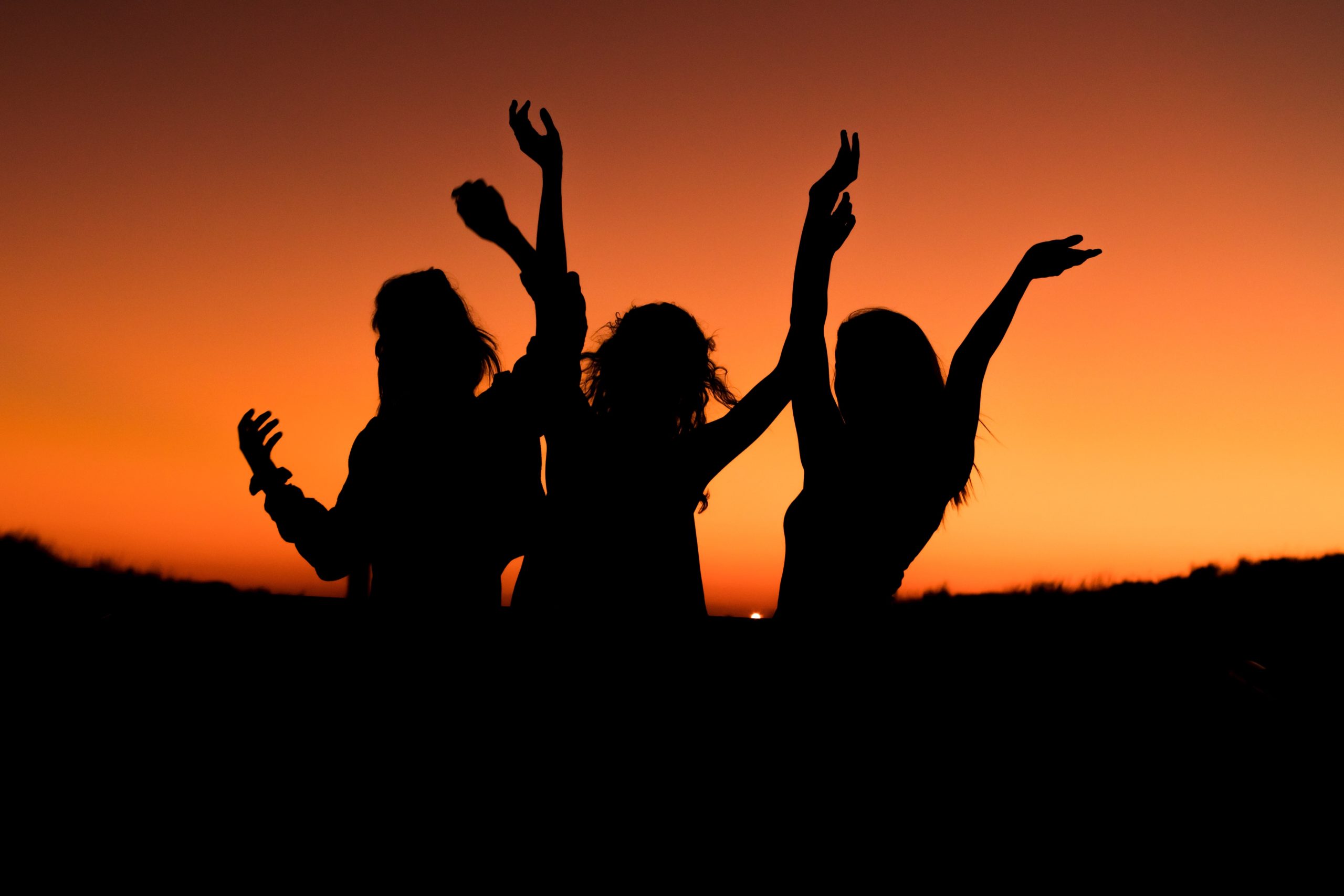